Solar energy is becoming more and more popular as a source of producing affordable, clean energy. The recent passing of the Inflation Reduction Act has made renewable energy projects more cost competitive, introducing many to the environmental and economic advantages of participating in the solar energy industry. At the same time, widespread solar adoption has also coincided with the proliferation of rumors regarding the alleged dangers of living near a solar array.

If, for any reason, you have ever wondered how solar arrays are designed to safely harness energy from the sun, this blog is for you.

How do PV cells make use of solar energy?

Solar panels are made up of a number of solar PV cells that all work together to generate electricity by absorbing sunlight and using that energy to create an electrical current that is then captured and transferred to wires. The conversion of sunlight, made up of particles called photons, into electrical energy by a solar cell is called the “photovoltaic effect” – for this reason, solar cells are often referred to as “photovoltaic” cells, or PV for short.

Before moving forward, let’s break down that process a bit further into three basic steps:

It is worth noting that one PV cell on its own can’t produce enough energy to power an entire home. That is why panel manufacturers arrange and wire 32, 36, 48, 60, 72, or even 96 solar cells together when creating a fully functional solar panel. 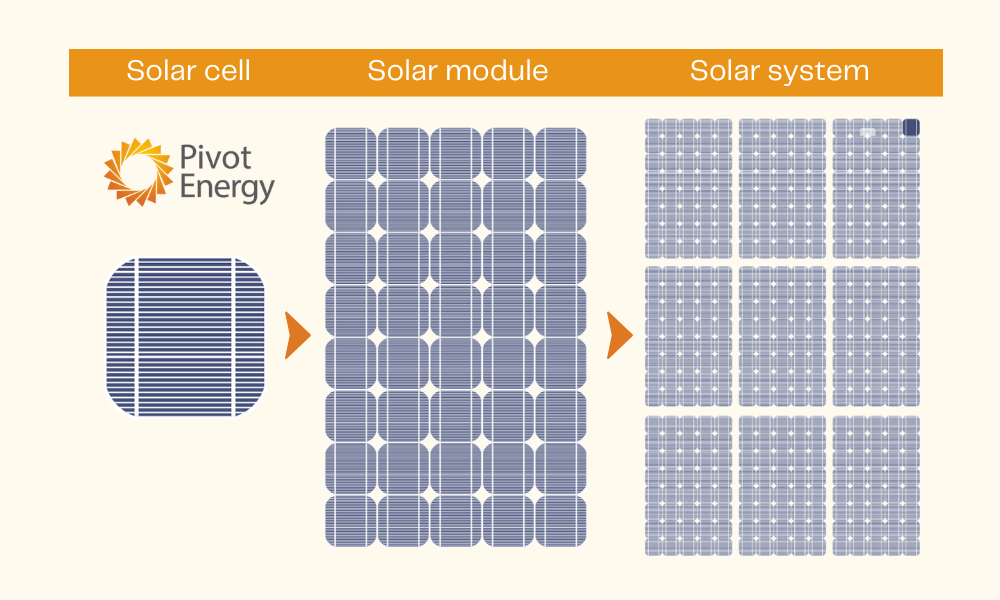 What is a solar panel made of?

The primary components of a solar panel are: a semiconductor (typically silicon), metal, plastic or glass, and wiring apparatuses.

Silicon is, by far, the most common semiconductor material used in solar cells, representing approximately 95% of the modules sold. Silicon makes for an effective and affordable semiconductor, as it is the second most abundant material on Earth (after oxygen); this is why silicon is also the most common semiconductor used in computer chips. The prefix “semi” signifies that it can conduct electricity better than an insulator but not as well as a good conductor like a metal.

There are a number of different silicon cell structures: single cell (monocrystalline), polycrystalline or amorphous forms, most commonly associated with thin film solar panels. These different structures directly influence the solar panel's material cost and effectiveness. Overall, solar cells made out of silicon currently provide a combination of high efficiency, low cost, and long lifetime. Modules are expected to last for 25 years or more, still producing more than 80% of their original power after this time.

PV cells and a set of wiring that connects those solar cells to a conductive material base (typically aluminum) are arranged within a frame and contained within a glass or plastic protective casing that houses all of these components. The back of a solar panel, known as the backsheet, is made of a polymer or plastic combination. It provides insulation from the electrical components of the panel, which helps to limit heat dissipation and humidity inside the panel. 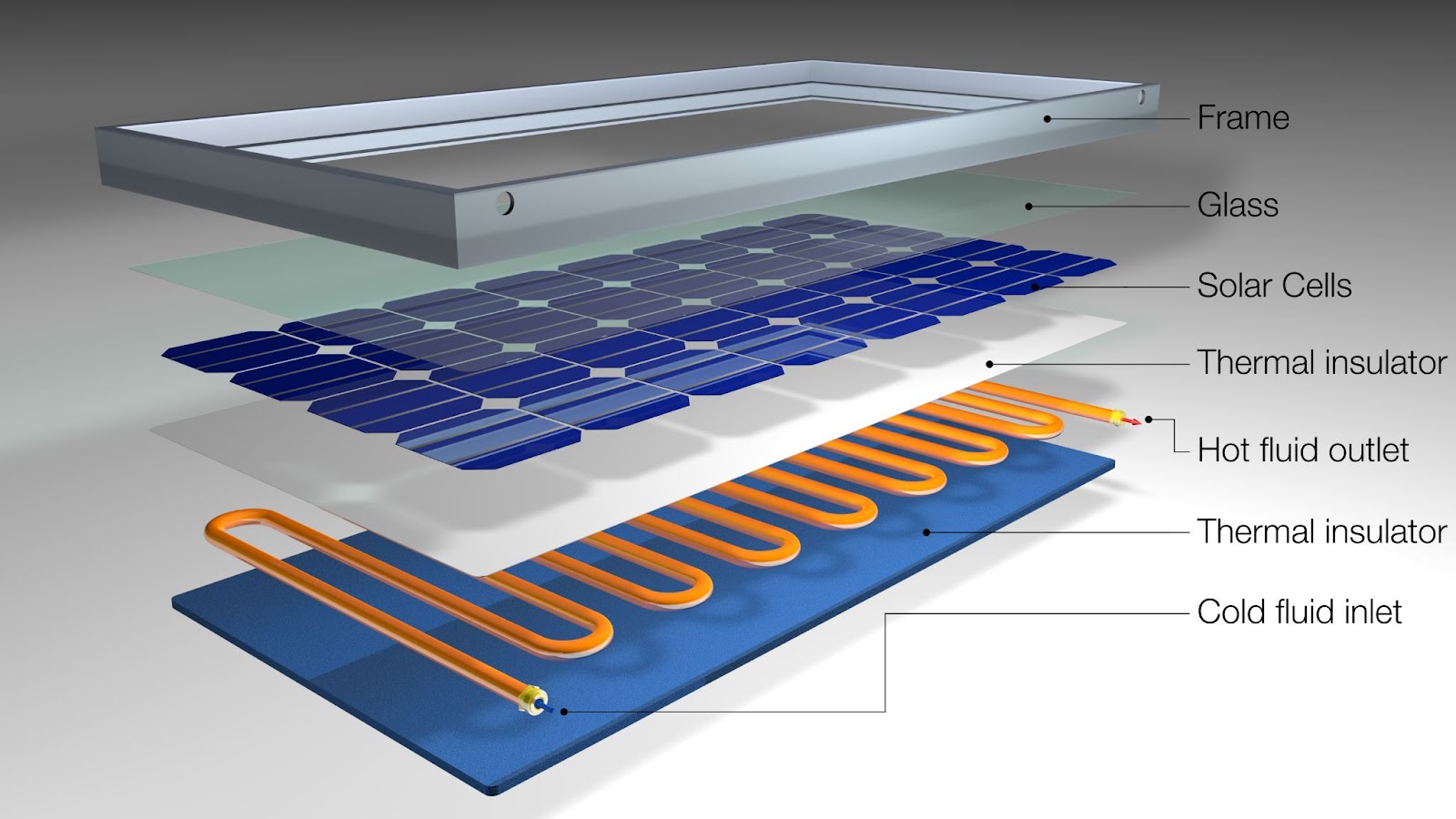 Is living near a solar farm dangerous?

Solar arrays do not produce any emissions, noise, pollution, or other outward hazards. They don’t contain liquids that can leak, nor do they impact the level of sunlight experienced by those living near them. The hazardous materials sometimes discussed regarding solar panels are all safely contained within the panels themselves and are only a concern when determining how to dispose of or recycle those panels, so they pose no danger to those living nearby.

Studies show that the chemical components of a solar panel do not leach from properly installed and functioning solar panels into the environment, even from events such as storms or fires. Further, damaged solar panels pass the EPA’s Toxic Characteristic Leaching Procedure (TCLP) test, which evaluates the potential for hazardous material to leach into groundwater, meaning the material is considered non-hazardous.

Where do the raw materials for solar panels come from?

Solar panel components are created all over the world, and for many reasons, it is important to understand where these materials originate. At Pivot Energy, we ensure in our manufacturer selection process that potential candidates provide the necessary information concerning UFLPA compliance, which requires clear and convincing evidence that all goods, wares, articles, or merchandise were not produced using forced labor. Through this, and proper bookkeeping, we maintain detailed records of all sourcing locations for our raw materials and components.

Work with a trusted installer

Understanding the construct and science behind solar panels can be a bit complicated, but working with a trusted solar provider, such as Pivot Energy, is quite simple. Reach out to learn more about solar panels, and whether or not building a project is right for you.