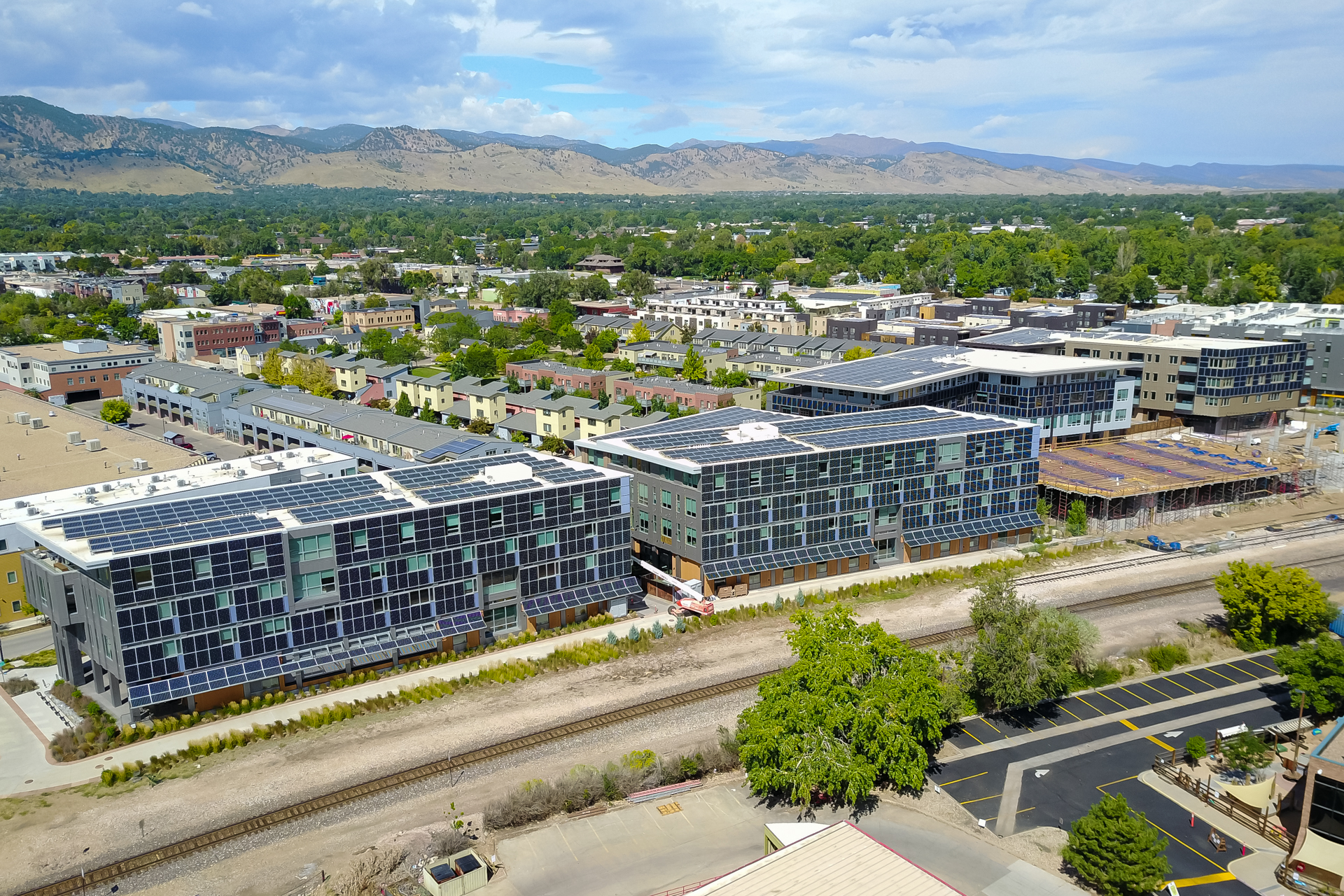 Pivot Energy and Morgan Creek Ventures are excited to announce the completion of Phase 2 of the Boulder Commons’ integrated solar energy project. The 318-kilowatt (kW) facility sets a new standard for sustainable building design and construction.

Boulder Commons’ owner Morgan Creek Ventures (MCV) is a developer dedicated to sustainability, and their leadership sees Boulder Commons as a project that brings the future of real estate into focus. They set out to achieve high energy performance from the project’s onset, which required a thoughtful balance of energy efficiency and renewable energy generation.

During project planning, it became apparent that MCV’s ambitious energy goals could not be attained with rooftop solar alone as the Boulder Commons structures are four-story buildings located in a cold climate and require significant energy. The solution was to install 101 kW of vertically mounted solar panels on the southeast-facing facade in addition to 217 kW on the roof.

“We were thrilled when Pivot Energy stepped up to the challenge of helping engineer and construct the vertical array. Other developers were hesitant to test the waters of designing a vertical facade, but the Pivot team was eager to do whatever it took to help us meet our goals,” said Matthew Beery, MCV’s Director of Construction.

Key players in the design and development of Boulder Commons also see the project as an exciting look at a new paradigm for truly sustainable building design.

“Helping MCV achieve its high-performance energy goals for this unique project was tremendous, and the additional 101 kilowatts on the vertical facade was critical to this outcome. It is estimated that the entire system will save an equivalent of 4,384 metric tons of CO2 over 20 years, which is like taking 953 cars off the road. Boulder Commons again demonstrates how ambitious goals and creative design can unlock a future of truly sustainable buildings,” said Mat Elmore, Pivot Energy’s VP of Business Development.

MCV hopes that the successful completion of this revolutionary project will help other real estate developers recognize that it is possible to achieve sustainable building design with an attractive financial return and keep tenant costs competitive.