The IRA’s Impact on Solar Incentives: What You Need To Know 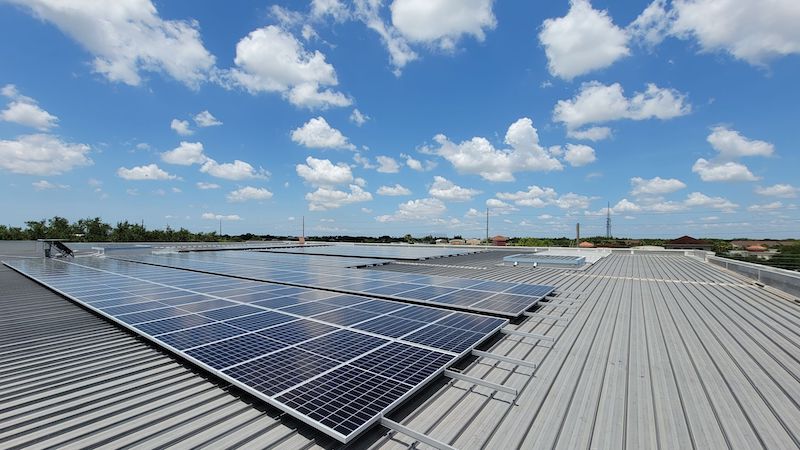 The Inflation Reduction Act (IRA) is a game changer for businesses looking to cut operating costs, reduce reliance on fossil fuels, and support a cleaner, healthier environment with solar energy. This law has tremendous implications for the development and financing of US clean energy projects, and will set the nation on the path towards reducing carbon emissions by 40 percent below 2005 levels by 2030. The act includes a whopping $369 billion in federal incentives that will improve our national energy security and climate change programs – the largest climate investment ever by the US government.

The law, which is a highly technical and complex 730 pages, has left many uncertain as to how their business can make the most of these new financial benefits. Here we will distill a few of the key points.

The Investment Tax Credit (ITC) was introduced in 2005 as part of the Energy Policy Act; it makes renewable energy projects more competitive by decreasing the costs associated with constructing such projects. As a tax credit, the ITC enables your business to deduct a portion of your new solar system’s cost that you would otherwise have to pay the federal government in corporate income taxes.

Prior to the IRA, the ITC was in the process of phasing down from 30% to 10% over 4 years, which would have decreased its potential value to your business. The IRA not only extends the ITC at 30%, but goes well beyond any past legislation in its support of the clean energy industry by expanding the tax credits to apply to additional technologies and allowing project owners to directly transfer these credits.

This ITC increase applies to both business and residential projects, including those installed in 2022. The ITC will last through 2024 and then will be replaced by a technology neutral incentive, referred to as the Clean Electricity Investment Credit (CEIC), which goes into effect at the start of 2025. Thanks to the ITC and CEIC, solar projects will qualify for a 30% transferable tax credits over the next ten years, or possibly beyond, since the CEIC will be available to businesses until the emissions from US electricity production are 75% lower than 2022 levels.

The IRA expands federal incentives for businesses that want to acquire energy storage, which is a key component of achieving energy resiliency, and can even help lower your electricity costs by enabling energy arbitrage and peak shaving.

Energy storage projects were previously ineligible for tax credits unless they were constructed with and charged by a solar project. The Inflation Reduction Act removes these requirements by allowing even standalone energy storage projects to receive the same 30% tax credit. Batteries connected to a solar power project will continue to qualify for the credit, even if they are no longer being charged by solar.

Certain projects that meet additional requirements will be able to increase their tax credits even further:

Solar power projects eligible for the full 30% tax credit can increase their tax credit by an additional 10% by certifying that all steel, iron or manufactured product that is a component of the facility was produced in the United States.

It is worth noting that a manufactured product (or a component of a qualified facility) qualifies as having been produced in the US if at least 40% of its total cost is attributable to goods that were mined, produced or manufactured in the US.

Projects situated in or near an “energy community”

Projects that are located in former “energy communities” can earn an additional 10% tax credit. An energy community is defined as either:

The IRA allocates 1.8 gigawatts annually for “environmental justice solar and wind capacity.” Capacity allocation recipients under this provision will be entitled to tax credits in addition to the ITC. To be eligible, the project must be located in a low-income community or on Indian land for an additional 10%. Low-income residential building projects or qualified low-income economic benefit projects would be eligible for a 20% bonus investment credit. To qualify, a solar project must have a maximum net output capacity of less than 5 megawatts.

The renewable electricity Production Tax Credit (PTC) was first enacted as part of the Energy Policy Act of 1992 to promote the development of renewable energy sources. The PTC is a per kilowatt-hour (kWh) credit for electricity produced and sold using qualified energy resources, and the credit can be claimed over a ten year window. The IRA reinstates the PTC (it had expired at the end of 2021), and for the first time, makes solar eligible for the PTC. Although it is worth noting that a project can only utilize either the ITC or PTC, not both.

Talk to an Expert

The passage of the IRA makes solar a much more attractive option for your business. However, with the complexity of the new tax credits, it is in your best interest to contact an expert to determine which incentives are best for your business’ next solar project.

Knowing which financial solar incentives your company can and should qualify for while also trying to keep up with all the latest legislative developments can be daunting. The good news is that the Pivot Energy team will help guide you through the process, and help you maximize your potential savings as you plan your next system. Reach out to schedule a meeting with our team today.

Together, solar and storage offer the unique ability to lower both demand and energy portions of a customer’s electricity bill.