6 Reasons Why Community Solar is Good for New Mexicans

New Mexico is one of a handful of states trying to implement a community solar program. If legislators and stakeholders are successful, then opportunities will abound for New Mexican’s to benefit from the New Mexico Community Solar Act and the solar industry in general. The first major step toward unlocking the future of renewables came earlier this year when New Mexico passed into law a 100% renewable portfolio standard by the year 2045.

The Energy Transition Act (ETA) was introduced by Gov. Michelle Lujan Grisham and passed in the Senate by a wide margin. The ETA ramps up renewable energy implementation, while winding down fossil fuel generation which will enable the state’s transition to renewable energy, and most importantly, community solar. Stakeholders are currently working on the details of the New Mexico Community Solar Bill for the short session in early February 2020. If successful, here are the many benefits of community solar New Mexico can look forward to:

1) Every New Mexico resident, business, school district, and municipality will be able to benefit from solar without the hassle of installing the equipment on their property.

Rooftop solar is a noble industry, but unfortunately, it excludes many customer types. Rooftop solar requires the property to be structurally sound, unshaded, and for there to be enough physical space on the roof. It also requires that there is a roof in the first place.

Community solar greatly simplifies these complications by installing the solar panels offsite and then virtually crediting the electric bill. Because the solar panels are installed on an industrial scale and mounted on trackers, each solar panel can produce far more energy.

The scale and technology equate to greater savings for the residents, business owners, and government entities that choose to subscribe. It is also completely scalable to match the exact electric need of the customer. From a tiny apartment on the ground floor of an apartment building in downtown, to a center pivot on an irrigated field, to a large school district representing dozens of schools can all subscribe to the exact amount needed.

2) Landowner’s that choose to work with New Mexico solar developers will be able to gain valuable revenue from their family’s land.

Landowners can now lease their land to a solar company and start generating rental income for their land. This is an excellent way to earn income from the land while keeping the property in the family for the next generation- also known as land banking.

Families that have been considering selling their land or are just simply losing money to property taxes each year, can instead have an option to turn that burden into income with community solar.

Leases are typically 20-40 years which is a long commitment, but on the other hand, it is a great way to have predictable hands-free income for decades. If a landowner’s property is not irrigated or it is not in a part of town expected to grow, then a solar land lease is likely the highest and best use of the land. New Mexico is lucky to have plentiful sun. Now, landowners can start harvesting the sun like any other crop.

3) Numerous solar community jobs will be created  in New Mexico, and economic development will increase when dozens of solar projects move through planning, design, construction, and operation.

New Mexico already has a local solar industry that employs hundreds of installers, electricians, designers, and other support staff. Community solar provides a chance for the local solar industry to grow even larger by joining the fastest growing sector of the solar industry. There will indeed be a combination of out of state and in-state solar companies competing in New Mexico. Regardless, these companies will need legal support, engineers, surveyors, title examiners, civil engineers, sales staff, energy consultants, and planners in the early stages of the program.

Once the community solar projects move toward installation than a majority of the labor will come from local contractors such as fence contractors, civil construction, mechanical labor, miscellaneous general labor, certified electricians, and onsite foreman.

4) Low-Income communities are also able to participate, which will lower monthly operating expenses for the families that need it most.

In other states, this usually results in 5-10% of the community solar program serving low-Income. In mature markets such as Colorado, thousands upon thousands of low-income residents are receiving solar bill credits that lower their family’s monthly expenses.

Community solar companies generally partner with local organizations to identify low-Income residents and administer the paperwork to ensure the benefits flow smoothly from community solar garden to the resident.

5) All New Mexico subscribers that choose to participate could be able to save money on their energy budget, which will increase their budget for other solar programs, ideas, and initiatives.

Most community solar developers provide a “pay as you go” arrangement to their customers, also known as subscribers. For every kilowatt hour (kWh) generated by their share of a project, a dollar credit appears on their electric bill. The solar company then charges the customer for that kWh at a rate lower than the bill credit value. Thus, the customer has saved money per every kWh generated.

For a resident, the savings could be anywhere from $5-75/month depending on their electric need. But for school districts, municipalities, low-Income housing authorities, and other large entities, the savings can be very significant.

For a school district, the money saved each year can then be allocated to hiring more teachers or other school program needs. In New Mexico, the exact details about how to administer the bill credits between utility, subscriber, and solar developer are still being discussed. There are many fine examples from neighboring states that can be adopted by New Mexico to ensure smooth implementation.

6) New Mexico will be part of our nation’s transition to clean renewable energy and a new energy technology that can be conveniently distributed across communities.

Renewable energy works, the costs are now competitive with traditional fossil fuel generation, and yes, they are cleaner too. As more and more legislators and utility executives realize renewables have a strong value proposition, new mexico community solar legislation is soon to follow. Only a handful of states have implemented a community solar program, but those that have can truly say they are part of the future, or part of the solution. Climate change can be an emotional word these days. However, most agree it is better to produce kWh from clean, renewable sources rather than pollution creating sources. In addition to the reduction in greenhouse gas emissions, it also leads to grid modernization.

New technology gives the grid more redundancy and resiliency compared to the old centralized fossil fuel plant of yesteryear. New Mexico can start the transition to a cleaner and smarter future from a technology perspective.

If you are a resident of New Mexico and you want to realize the benefits of new mexico community solar, then please contact your legislator. Your local leaders need to know the community is interested. Pivot Energy has already begun preliminary operations in New Mexico. We hope to increase our presence once New Mexican’s are able to successfully pass community solar legislation.

Pivot Energy is a Denver-based solar energy company that is focused on helping accelerate the rapid transition taking place in the energy industry to a more decentralized and cleaner approach to power generation. Pivot offers a distributed energy platform that includes a range of services and software aimed at serving the full commercial solar ecosystem, including retail customers, project developers, system operators, utilities, and financiers. The company develops, finances, builds, and manages community and commercial solar projects around the country. Pivot operates on a triple bottom line basis, measuring success by the positive impact to people, planet, and profit. Learn more at pivotenergy.net. 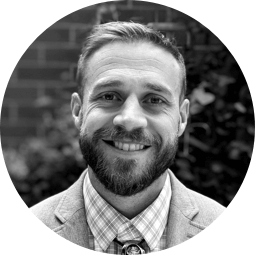