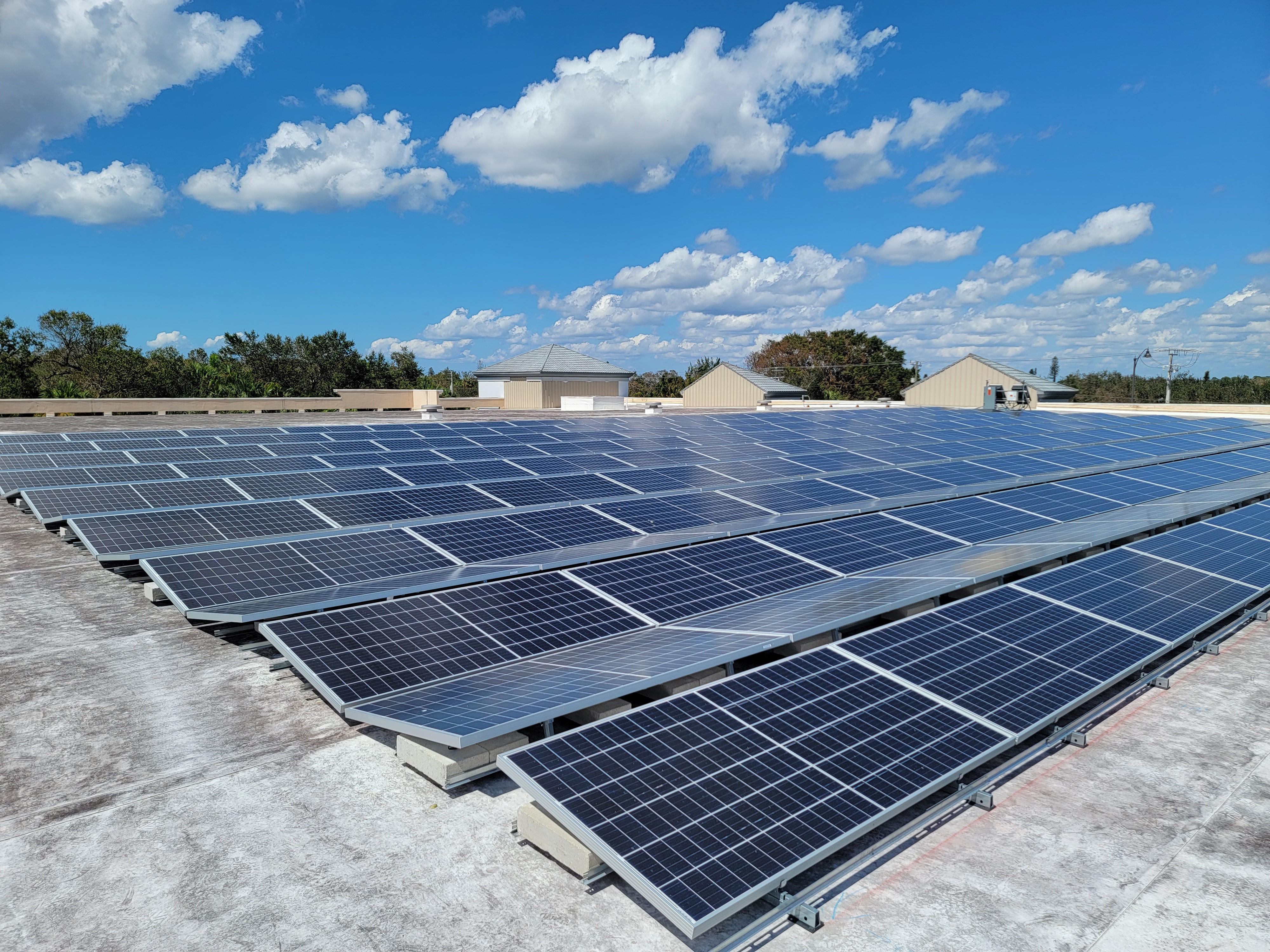 Changing climate patterns are increasing the intensity and frequency of hazardous events that can cause costly damages. Greenhouse gas emissions from traditional electricity production methods contribute to rising global temperatures, escalating the frequency and intensity of natural disasters. As extreme climate events increase and further exacerbate an already aging thermal-based energy infrastructure, new solutions are required to improve the resilience of communities and the businesses that service them.

Distributed solar is a great first step towards mitigating your impact on climate change while lowering your monthly utility bill. However, unless you install an energy storage system (with the ability to “island” your local grid) you’re still susceptible to power outages that can be extremely costly and dangerous. This article explains how distributed solar PV systems equipped with batteries play an important role in improving the energy resiliency of your property and community.

Power outages from severe weather have doubled over the past two decades across the U.S., and forty states are experiencing longer outages that can be harmful and even deadly for our nation’s most vulnerable communities. Our central grid infrastructure is decades-old, consisting of transmission lines and equipment that are inefficient and that present an additional risk factor for natural disaster mitigation and recovery.

Central grids (typically powered by coal, natural gas, or oil power plants) often generate electricity at locations far away from the point of consumption, such that between 8 and 15% of the total energy produced from these facilities can dissipate in transit. In addition to being wasteful, these extensive energy transmission and distribution systems are vulnerable to major disturbances (like natural disasters) that can cause a large portion of the grid to lose power, resulting in large-scale outages that severely impact local communities and businesses.

Why Solar Combined with Storage is Optimal for Climate Emergencies

Typically, communities spend large amounts of money purchasing backup power generators for emergencies. Despite the popularity of diesel generators, accessing diesel fuel during emergencies can sometimes be a challenge. In addition, these generators sit idle during non-emergency situations. A solar PV system combined with energy storage capacity solves both issues.

It's important to note that properties with solar energy but not equipped with a battery storage component may still experience temporary blackouts. For your system to continue providing localized power even when the rest of the grid is down, it must be designed to disconnect (or “island”) itself from the grid. Not all systems have this capability. Even those designed this way might sometimes need to temporarily shut down for safety reasons, such as when utility workers are active nearby. Regardless, such systems help turn the grid back on faster as smart inverter technology has a faster frequency response than traditional thermal plants.

Unlike traditional thermal-based energy produced at a central location far away from the end-user, distributed solar produces electricity at or near the point of consumption. This proximity is essential in the event of major grid disturbances, allowing critical infrastructure to remain powered without the wait time associated with getting a sprawling grid back up and running.

Distributed solar PV systems equipped with batteries not only make your property more energy resilient in the face of climate emergencies, they also provide your home, business, or community with several other year-round environmental and economic benefits.

The Year-Round Community and Economic Benefits

There most certainly does not need to be a natural disaster for your solar array and battery storage investment to be worthwhile. In fact, the benefit of coupling PV systems with batteries to increase year-round energy efficiency is an opportunity not to be missed.

Distributed solar systems equipped with batteries make your energy consumption more efficient by reducing demand peaks, providing ancillary services to the grid, and improving your overall power quality. For example, in the case of heat waves where the use of cooling systems can increase peak demand, distributed solar systems can be very useful in grid demand management and in maintaining access to power for any customers otherwise dependent on the concentrated grid system.

Furthermore, solar systems equipped with batteries can reduce monthly bills by lowering peak demand charges (maximum power used during a billing period) for commercial customers. For some, demand charges can account for as much as 70% of your electricity bill. A battery energy storage system can shave your energy consumption peaks – and thus reduce your costly demand charges – day or night. It accomplishes this by storing electricity when your demand is low, and dispatching it to offset your utility demand peaks. This greater flexibility enables you to strategically target your highest demand peaks, which directly translates to better savings.

Solar PV systems coupled with batteries are not only great for your wallet, but they’ll provide other environmental and economic benefits to your community. These systems have significantly lower CO2 emissions that contribute to global warming. Furthermore, their adoption reduces air pollutants such as nitrogen oxides, sulfur dioxide, and mercury from fossil fuel electricity generation. All of which significantly impact communities’ health. While generating clean energy for your community, they’ll also create more jobs and waste less water than other traditional thermal-based energy sources.

Working with a qualified solar developer like Pivot Energy will help you understand how solar combined with storage can better prepare your property for extreme weather events. Investing in this increased level of preparedness will improve both your energy resiliency and your community