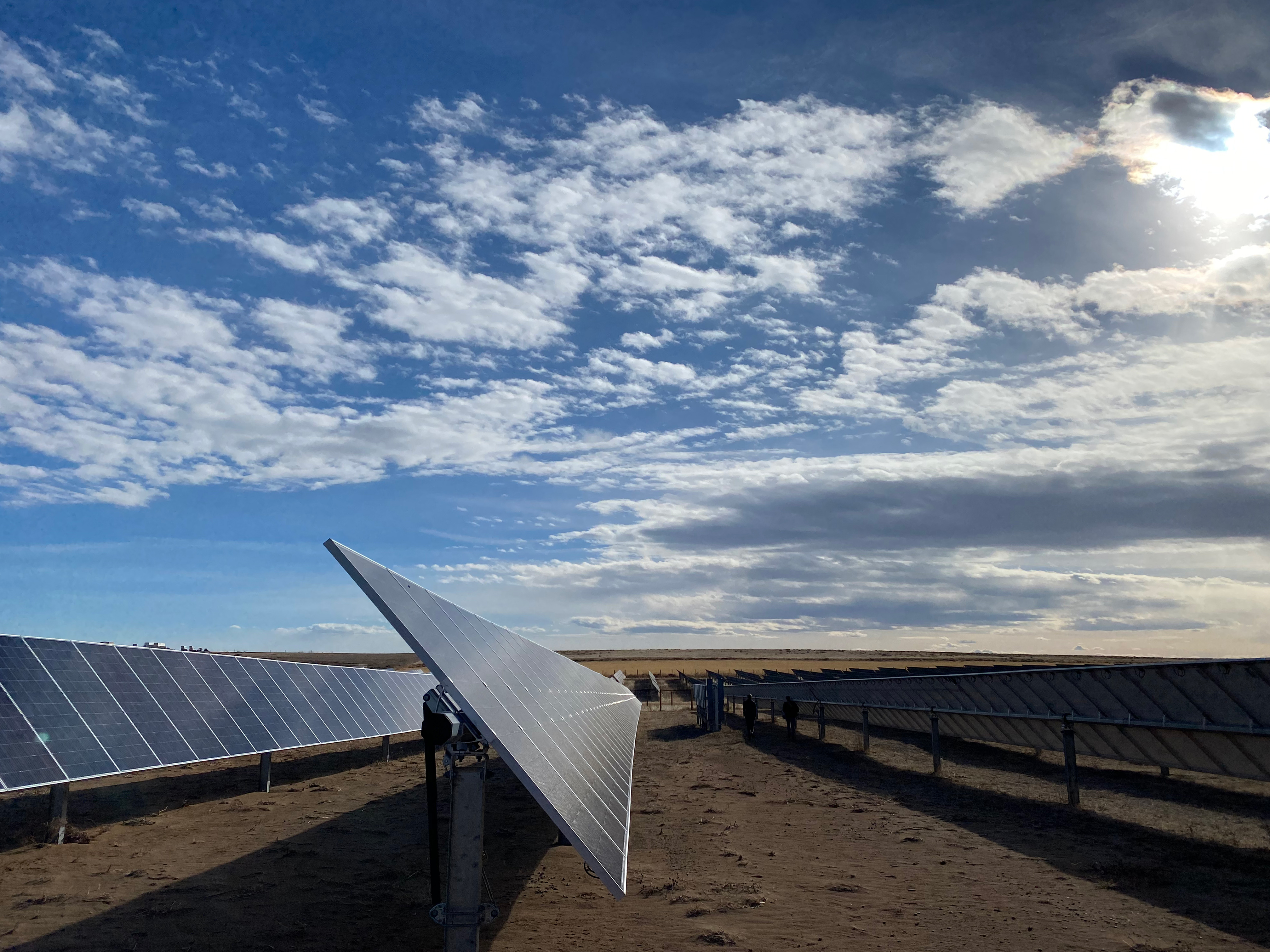 The last 20 years have been tough on Colorado landowners, especially those who depend on their land for activities like agriculture and cattle grazing. The past year has been particularly challenging; Denver saw its warmest and driest period on record from June 1 - Dec 15, 2021.

Landowners who want to hold onto their land for future generations must find innovative ways to maintain productivity despite the persistent drought. An increasingly popular option for landowners looking to adapt is leasing unused or underutilized acreage for solar.

Brent Peterson is one such landowner. Peterson’s 100-acre property in Garfield County has been in his family since the 1960s. Over the past few decades, he has watched the ranch transform. When parcels that were once practically swampy dried up, Peterson used them for pastureland, but eventually, they became completely unusable.

“When your land becomes unproductive, it is basically an anchor around your neck,” Peterson states. “It is tough being a landowner with no cash flow.”

Determined to find a solution and keep the property in the family, Peterson began looking into solar in 2015. Shortly after, Peterson signed a 20-year lease with Pivot Energy who installed 1.8 megawatts (MW) of solar on an otherwise unusable 10-acre parcel of his property. Today, Peterson enjoys a reliable stream of income higher than his other options such as cash crops or cattle grazing, plus the satisfaction of putting his land to good use.

“I’m tickled to death to be part of what I think is the tip of the spear of small-scale renewable energy and to be able to use my property as I see fit,” said Peterson, who added that his only complaint is that he can’t currently lease even more of his land for solar.

Adams County wheat farmer known by friends and neighbors as “Mo” echoes Peterson’s enthusiasm for solar leasing, especially given the extreme drought conditions. “With land this dry you never know if you’re going to get a crop,” Mo stated. “That kind of uncertainty combined with the fact that I’m now 75 means farming my land has become quite demanding. On the other hand, the solar just sits there and pays me.”

Peterson and Mo laud the many benefits of solar land leases. They enjoy guaranteed payments today while their land value continues to appreciate. Plus, the land stays in their families. And when their leases expire, Pivot Energy will remove the solar equipment and rehabilitate their property.

Peterson, whose three children support his decision to lease the family land for solar, states, “I’m glad to have secured reliable cash flow before I toss the reins to someone else.”

“The Pivot Energy team has seen firsthand the devastating impact the lasting drought has had on Colorado landowners,” says Jonathon Fitzpatrick, Pivot Energy’s Vice President of Project Development. “We are humbled to help Colorado landowners keep their properties in their families for generations to come by offering a new way for them to create revenue from their land when traditional farming and ranching is no longer their best option.”