Disruptive Innovations to the Utility Industry

This is an exciting time in the energy industry, unless you work for an electric utility company.  Just like changes that happened in the telecom industry not too long ago, these utilities are in for a shake-up. The three-prong disruptive forces of electric vehicles, solar photovoltaics (PV), and energy storage are combining to create a whole new world of clean energy. Each of these are covered below in more detail.

Think about what iTunes did to CDs, what Amazon did to bookstores, and now what smart phones are doing to digital cameras (which displaced the film industry in only a few years!).  Yes, it took 13 years for the car to displace horse & buggy, and we’re now seeing exponential growth in electric vehicles.  Even with gas as low as $2/gallon, electricity is still a much cheaper fuel source (compare at $0.70 for same miles traveled.)  That’s no wonder, since the electric motor is 95% efficient, while the internal combustion engine (ICE) wastes 75% of its energy in lost heat.

While we expect the cost of fossil fuels to rise, the cost of driving electric will continue to drop with the declining cost of batteries.  As battery technology in notebook computers, power tools, and cell phones has exploded, the costs have dropped considerably.  In an article in Charged magazine entitled The Ripples of Disruption, Mike Calise of Schneider Electric says he expects to see the cost of batteries drop 10 times, from $1/watt to $0.10/watt over the next 5-10 years.  “This is the beginning of the disruptive trend, because the cost of batteries decreases and the accessibility of ubiquitous charging increases.”

Indeed, the primary challenge facing the EV industry is the lack of a robust public charging network.  This is a classic example of the “chicken & egg” quandary, where car buyers are hesitant to buy electric cars without a wide variety of charging options, and communities and businesses are equally hesitant to install charging stations when there are so few EVs.  To boost sales, Nissan and Tesla are leading the way, subsidizing fuel costs with free charging stations.  Tesla is installing a Supercharger network across the country, and Nissan’s No Charge To Charge program offers two years of free charging to all new Leaf owners.  Kansas City Power & Light is hoping to grow a new revenue source by investing in a Clean Charge Network that includes over 1000 charging stations in its service territories in both Missouri and Kansas.

This is the kind of innovation that will transform the auto industry.  There were only 1,000 electric vehicles in 2010, and yet 10,000 were sold in 2011 with the full rollout of the Chevy Volt and the Nissan Leaf.  Sales grew another order of magnitude by 2014, with nearly 100,000 EVs sold, and is expected to reach 1 million by the end of the decade.  With an estimated 15 million ICE vehicles sold every year in the US, this still represents a relatively small market share.  But we’ll reach a tipping point soon.

Tesla has certainly demonstrated the sexiness of an electric car in the luxury class.  New technology is often expensive, but costs decline significantly as economies of scale ramp up.  Worldwide, we are nearing the production of 100 million vehicles annually (gas and electric), and there are approximately 2 billion vehicles in service.  In order to transform this immense fleet to a more sustainable fuel source, Tesla has opened up their patents to encourage competitors to accelerate the ability to complete the transformation.  The company is planning to roll out a more affordable Model 3 in 2017, which is expected to cost $35,000 and have a 200 mile range – comparable to its older brother, the Model S.  Tesla’s gigafactory is designed to manufacture enough batteries to meet the growing demand, including the Powerwall battery pack for the home.  This will be another significantly disruptive innovation!

While electric vehicles represent a great market opportunity for electric utilities, solar photovoltaics (PV) represents perhaps the greatest threat.  As homeowners and businesses begin producing at least a portion of their own energy with solar power, this continues to whittle away at the electric utility’s long-held monopoly.

The solar industry is experiencing a true boom.  The global installed base for solar went from 1.4 gigawatts in 2000 to 140 GW in 2013. That hundred-fold increase is the result of a doubling of the installed base every two years.  During this same 14 years, the price of solar has had a corresponding decrease of 22% every two years.  This isn’t exactly the same scale as Moore’s Law in integrated circuits, which double in speed every 18 months, but it’s causing grave and warranted concern among investor-owned utilities.

In his book Clean Disruption, Tony Seba points out that unsubsidized solar is already cheaper than retail electricity prices in many markets around the world, including Germany and Italy, and in Australia which went from 1% to 20% adoption in less than four years.  Given the absence of fuel costs, the levelized cost of electricity from solar (calculated by the fixed cost of the array divided by the projected production in its warrantied lifetime) is below the cost of grid-based electricity in many markets in the US, even without subsidies.  As grid prices continue to climb (perhaps even dramatically as carbon emissions are ratcheted down by the EPA), solar will continue to look more and more financially attractive.  And a growing number of people simply value clean energy.

Distributed solar also helps reduce the price of peak electricity demand.  Because solar production is at its peak during the day when electric demand is typically at its peak, utilities have less of a need to tap into expensive peak production plants. Solar arrays can also be oriented southwest to delay peak production, optimizing energy production to more closely match peak demand later in the afternoon.  Distributed solar also cuts down on transmission losses and grid requirements, as energy is produced at the point where it’s being used.

Most solar installations are connected to the grid, and use net-metering provisions to export excess energy to the grid during the day, and then pull that energy back off the grid later in the evening when the sun goes down.  As more homes and businesses install solar and use less energy from the grid, utilities see diminishing revenues, leaving maintenance of the grid to be paid by a shrinking base of customers.  To thwart the growth of distributed solar, a growing number of utilities are pushing to impose higher fixed costs on solar customers, claiming that net-metering is an unfair benefit that low- and fixed-income ratepayers can’t access.

However, the even bigger threat to utilities is that their solar customers will go off-grid.  A growing number of people curse the monopoly held by their utility, and would enthusiastically embrace independence to escape the ever-increasing price of grid power.  It’s not easily done though; it will require either a large solar array or a lot of energy frugality.  In either case, it will require energy storage, and will be a relatively inefficient utilization of expensive equipment.  Nevertheless, as battery technology becomes more affordable, this will become an increasingly popular choice, and if it happens on a large scale, utilities could be stuck with idle power plants that are underutilized.  This would force rates higher for grid customers, pushing more to defect to grid-independence.

In The Economics of Load Defection, a report by the Rocky Mountain Institute, the authors make a strong case for how grid-tied solar arrays with batteries “can potentially provide benefits, services, and values back to the grid, especially if those value flows are monetized with new rate structures, business models, and regulatory frameworks.” Instead of alienating solar customers with higher fees that encourage grid defection, utilities would be better served to embrace the distributed solar model, and ultimately minimize underutilized assets on both sides of the meter.

The key to all of this is battery storage.

Energy storage is the key complement for intermittent sources of energy like solar and wind.  While both sources of energy are fairly predictable over a period of time, they are by nature (!) unavailable at times.  Both of these immensely powerful sources of energy can be stored in a variety of ways, and batteries are the most common way to store electricity.

There are a variety of battery technologies.  Traditional lead-acid batteries have long been used to start cars, and have become the dominant backup source of power for computers.  Lithium-ion batteries have become the de facto standard for computers, phones and other rechargeable devices.  Advanced lead-carbon batteries are more affordable and can be recharged faster than either of the aforementioned chemistries.  Aluminum batteries are the newest technology, promising to be cheaper, faster, safer and longer lasting than lithium-ion.  Scientists are working to improve the energy density in order to make aluminum practical.

While it’s assumed that these batteries will all end up in landfills after their initial 8 to 10 years in an electric car, they typically retain 60-80% percent of their original capacity.  These used EV batteries can be redeployed to store electricity generated by solar or wind, and provide a reliable source of power during peak times of the day.  Both GM and Nissan have already entered into agreements to sell used battery systems into secondary markets.  As batteries from first generation vehicles are retired, this could become a significant revenue stream.

Probably the most exciting announcement was recently made by Tesla, when Elon Musk announced the Tesla Powerwall.  When their $5 billion Gigafactory to comes online in 2017, it is expected to produce more lithium-ion batteries in a year than all of the factories worldwide produced in 2013.  The factory output will be used to supply batteries for mass-marketed Tesla cars, as well as for the Powerwall and other commercial and utility-scale battery applications.

While the $3,000-$3,500 price tag for the Powerwall is dramatically more affordable than traditional battery equipment, the economics are very complex.  Variables such as price, efficiency, depth of discharge, and lifetime charging cycles all have to be factored in, along with how the batteries will be used (i.e. backup for power outages vs. peak load management.)  CleanTechnica did a comparison that the cost per kWh for the Powerwall was more affordable than competing products, though this did not take installation and other costs into consideration.

It’s important to keep in mind that this will power only a fraction of what a typical home requires, while a comparably priced natural gas-powered generator will power the entire home.  So it doesn’t necessarily make economic sense for the typical homeowner at this point. However, battery prices have been falling at a rate equivalent to what we’ve seen in the solar industry, and Tesla’s pricing is pushing prices down well below recent projections.  The data is dizzying, and industry players are scrambling to grow or maintain share in what is expected to be a dramatically expanding market.

The stronger benefit comes for commercial users, where excessive demand charges (which are based on the peak power requirements of the business) can represent a substantial portion of the overall electric bill.  These charges, coupled with high time-of-use energy charges during peak periods of the day, make it a cost-effective move to use batteries to offset peak loads.  Tesla’s Powerpack is said to be “infinitely scalable,” according to Musk, with 100 kW blocks that can be clustered to meet the needs of any size project.

The net result of all of this will have a dramatic impact on electric utilities, and enable us to deepen our use of solar and wind as sustainable sources of energy.  Hopefully they will embrace these disruptive innovations rather than fight them. 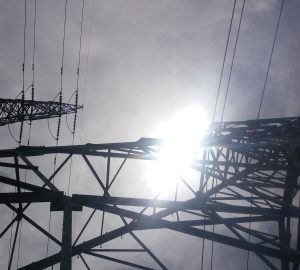 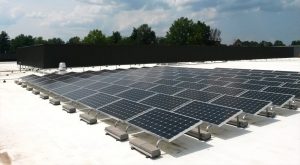 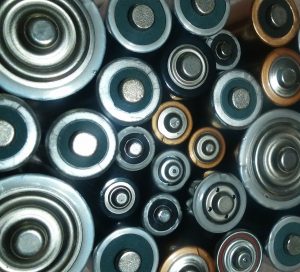 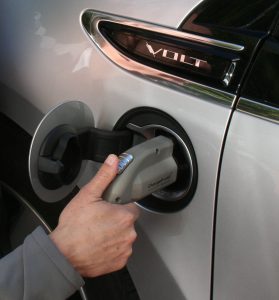