Solar energy and energy efficiency projects create a safer and more resilient grid system. By taking advantage of solar power, military and government operations can be increasingly ready, confident, and secure as the electricity grid and prices waver.

Pivot Energy is proud to showcase our projects featuring our growing list of impressive clients. Learn how we are responsible for the environmental efficiency and sustainability of these industry leaders.

US Army Corps of Engineers

US Army Corps of Engineers

Pivot was chosen by the US Army Corps of Engineers to install a $2.6 million clean energy project at Fort Riley, Kansas, near Kansas City.

The project involves multiple renewable energy technologies, including 510 kilowatts (kW) of solar panels covering the roof and structures for the parking lot, 5 vertical axis wind turbines around the perimeter of the building, and electric vehicle charging stations. The installations are part of a new "net-zero-energy" Brigade Headquarters project, which is meant to serve as a model for future new construction at Army facilities.

Design Challenges
During coordination meetings, it became apparent that the project was incompletely specified and several design elements of the site plan were incompatible with the solar project. Pivot worked closely with USACE and the General Contractor to revise the scope of the solar project layout so that it could be integrated into the overall site plan without major modification while still providing the same benefits and energy production.

Innovations in Safety
Pivot also provided unspecified and uncharged upgrades that improved the safety and maintainability of the systems, because they are what Pivot considers industry best practice.

Ongoing Mission Support
Pivot provided specifications and an RFP template to USACE which they have adapted to other subsequent projects. Pivot has also assisted on designs for a variety of project concepts for the USACE design team. 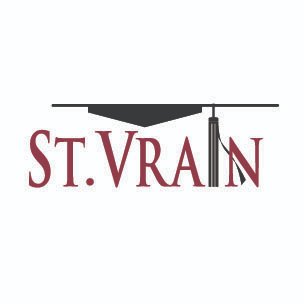 "Pivot Energy is hands down one of the most committed, experienced, and easy to work with solar providers in the industry. When St. Vrain Valley School District identified opportunities to install on-site solar systems, the team at Pivot Energy provided guidance and hands-on expertise to overcome multiple obstacles and succeed in installing about 1.2 MW of total generation. At the onset, staff analyzed our data, potential savings, and solar generation and even performed utility rate analysis so we could make the most educated decisions. These services were invaluable as the district sought out buy-in from stakeholders and engage the district and town.”

"Our ultimate goal of providing solar power access to our residents and tenants without passing on its cost was made possible by Pivot Energy, who provided the perfect solution to our project needs."

“We were contacted by Pivot Energy during the initial strategy on how to accomplish our goal of reducing the carbon footprint of Volunteers of America Colorado by at least 5% over the next two years. This was the gateway for Volunteers of America to not only save money to use toward our programs, but also a way to reduce our energy footprint. While we are sure there are many different companies offering similar programs, the experience we have had working with Pivot Energy has been impressive from our first interaction."

VP of Building Services and Safety, Volunteers of America

“Solar is now a big part of our corporate sustainability program, and part of our ongoing effort to be good corporate citizens. Generating rooftop solar energy production in lieu of using energy from carbon-emitting sources furthers this commitment and leverages a previously unused asset within our portfolio – our rooftops – and provides cost savings from reduced utility expense.”

"Pivot Energy did everything to make this project a reality. The entire process was really easy for me as the landowner. After signing the lease, Pivot did all the work and secured the permits. And once the construction started, it was completed quickly and easily. The contractor who built the project was friendly and did a great job."